You are here: Home / Research / Overview

The human brain is amazingly adept at forming associations. But we cannot always rely on the strongest, most direct association to lead us to the contextually appropriate response. Over the years, we’ve developed a research program examining the cognitive processes that allow for the adaptive encoding, consolidation, retrieval, and forgetting of associative information. Guided by computational and neural accounts of learning and memory, our work aims to address two fundamental questions: How does the memory system adjust to situational pressures, and are these modifications subject to cognitive control in such a way that they can be harnessed to better satisfy future memory demands? Below, we outline three intersecting lines of this work and invite you to read our publications.

1. What happens when memories compete?

The very act of retrieving a memory of interest can lead to the forgetting of other, related memories. When a particular retrieval cue is linked to multiple memory associates, competition between them may arise. Repeatedly retrieving a memory tends to strengthen it and make that memory easier to recall in the future. Conversely, competing non-target memories tend to be inhibited—resulting in retrieval-induced forgetting that is independent of target strengthening (Hulbert, et al., 2012; Hulbert& Anderson, resubmitted). Yet, certain circumstances demand more flexible retrieval of competing memory traces. A neural network model of retrieval-induced forgetting predicted an operation that could achieve the desired flexibility via decreases in representational overlap. In this vein, we developed a method for tracking neural differentiation as participants learned to distinguish confusable memories (Hulbert& Norman, 2015). Changes in fMRI hippocampal pattern similarity reliably predicted individuals’ performance on a behavioral measure of differentiation. Without differentiation, memory would reflect a zero-sum process whereby strengthening one memory necessarily impairs recall of other, related memories. The interleaved test-restudy procedure that yielded differentiation in this experiment may mimic a naturally occurring memory refinement process thought to occur during sleep. This continuing line of research anticipates the development of more effective learning protocols specifically designed to foster differentiation.

In line with this effort, we have worked to train trained a machine learning classifier to distinguish between relatively “high” and “low” levels of retrieval competition using EEG recordings while participants studied vocabulary (Rafidi, Hulbert, Brooks, and Norman, 2018). We discovered that the degree to which estimated competition decreased across the learning session predicted better long-term recall after a week’s delay. One recent senior project student in the lab (Noah Libby) has since endeavored to refine the procedure and determine its potential for at-home use with a portable EEG headset called the Emotiv EPOC+. From this, it is possible to envision the development of a brain-computer interface that adaptively supports learning “in the wild” with real-time neurofeedback recorded from such devices.

2. Is it possible to learn to forget?

When confronted by strong and specific reminders of unwanted memories, individuals reliably engage cognitive control processes mediated by the dorsolateral prefrontal cortex. Neuroimaging data also reveal that attempts to reduce unwanted memory intrusions suppress hippocampal activity and, in turn, the subsequent memorability of the unwelcome thoughts and associated emotions (Benoit, Hulbert, et al., 2015; Gagnepain, Hulbert, & Anderson, 2017). Although this top-down hippocampal modulation is associated with attempts to suppress specific unwanted memories, memory for unrelated “bystander” events that happened to occur around periods of hippocampal down-regulation is also impaired (Hulbert, Henson, & Anderson, 2016). The resulting “amnesic shadow,” which can extend in both the retrograde and anterograde directions, is disproportionally evident on tests tapping hippocampally dependent memory processes and varies with individual differences in modulation of hippocampal BOLD fMRI activity. Recently, we reviewed the phenomenon, laying out a roadmap for how high-resolution fMRI and spectroscopy techniques that allow for the detection of GABA could be used further elucidate the biological underpinnings of the effect (Hulbert, Hirschstein, Brontë, & Broughton, 2018).

To the extent that suppressing unwanted memories induces a virtual “hippocampectomy,” this method represents a non-invasive, low-cost method for addressing causal questions related to the role of the hippocampus in encoding and retrieval of contextualized memories. Alleviating the need to rely solely on non-human animal models and limited patient populations, this technique stands to catalyze many important scientific discoveries. The amnesic shadow is not merely of theoretical relevance. Evidence suggests that it may underlie profound memory deficits. Indeed, intrusive memories often pervade experience after major traumas, and many attempt to cope by trying to suppress their retrieval. Trauma exposure is associated with both generalized memory impairments and improved suppression-induced forgetting (Hulbert& Anderson, 2018). Thus, systemic efforts to forget a troubling past may, ironically, leave amnesia for the present in their wake.

By learning more about the neural and cognitive mechanisms that allow us to remember when we want to remember and forget when we want to forget, we can identify increasingly optimal memory control strategies that help maximize the benefits and minimize side effects.

3. How does the brain dynamically reprioritize information during wakefulness and sleep?

Information that was once important may later wane in relevance, becoming a distraction. Fortunately, individuals seem to be able to strategically shift their minds away from the irrelevant and prioritize the relevant. If asked to recall information they previously had been told to forget, memory is impaired. However, this impairment can be eliminated in the short-term by reminding individuals of the context in which that information had been presented originally (e.g., by replaying sounds from the initial study period). To quantify mental context shifts, we (Manning, Hulbert, et al., 2016) sandwiched images of ostensibly irrelevant outdoor scenes between studied words from a list. We then applied a machine learning algorithm to multivariate fMRI data in order to estimate the extent to which participants continued thinking about scene-related imagery. Following a forget instruction, participants exhibited a greater decrease in scene-related activity compared to their counterparts in a remember condition. Moreover, individuals who evidenced a greater shift away from the old mental context (based on reduced classifier evidence of outdoor scenes) reliably forgot more off the list. If certain individuals are better able to flexibly control their mental context to facilitate useful memories and dampen distracting ones, perhaps this skill can be trained or otherwise supplemented to benefit learning in the lab, the classroom, and beyond—tantalizing possibilities to explore.

Recently, we began investigating the effects of selectively reinstating the mental context surrounding to-be-forgotten information when frontally mediated conscious control over the memory system has been reduced (specifically, during sleep). To do so, we have adapted the standard list-method directed forgetting paradigm described above so that we may selectively remind napping participants of the deprioritized mental context using associated situational sounds that can be replayed during stage N2 sleep. Just as certain stimuli we encounter in waking life may bring to mind events that happened long ago, evidence suggests that such reminders have the potential to reactivate memories of the past even while we are asleep, often facilitating their later accessibility. Would reminding napping individuals of information they had been instructed to forget reveal a similarly beneficial effect on their ability to recall that same material after waking? As we discovered, doing so yields little measurable impact on the recallability of the to-be-forgotten memories themselves. Critically, however, reactivating deprioritized memories during naps via associated sound cues—but not during wakefulness or when unrelated sounds are played instead—dramatically impairs memory for previously prioritized (to-be-remembered) information sets! In line with some of our other research, discussed above, these findings suggest that attempts to forget may have unintended consequences for information we hope to retain. Undoubtedly, sleep may offer certain opportunities to strengthen and protect memory associations from interference (e.g., Ellenbogen, Hulbert, et al., 2006, 2009), but it also makes vulnerable memories competing for consolidation resources. Future efforts to map out the effect’s relevant feature space promise to elucidate sleep’s hypothesized role in synaptic downscaling and homeostasis, anticipating a real-time brain-computer interface that could reactivate memories in a sequence allowing users to dynamically reprioritize memories in accordance with their individual goals. Such techniques clear the air for further advances in memory research intrinsically relevant to chronically under-slept students (among others). 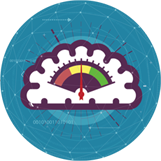