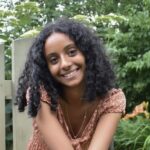 Isabel Ahmed is from New York City and is now a first year at Bard. She is interested in studying psychology, she’s not sure of which subfield yet, neuroscience, film, and/or computer science. She is planning to complete a joint major amongst two of those interests. In her personal life, she is an older sister to three younger siblings, she loves to travel and learn about new cultures and places, and she has a passion for film and photography. She hopes to continue producing films and photographs, regardless of if they become her main area of study or not. 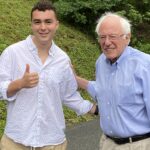 My name is Marco Caliandro. I am a second-year Psychology major at Bard College. I am really passionate about skateboarding, reading the New York Times, drinking coffee, technology, human rights, better understanding the economy, using humour to better understand humanity, and the impact of Psychiatrists/Talk-Therapy. I love school but when I’m not studying, in class, with friends, family, or loved ones, I am likely to skateboard. 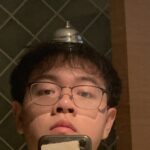 Greetings everyone! My name is Haonan Chen and you can call me Mori. I’m a sophomore at Bard who decided to major in Psychology. To me, people are as “open” as they are “closed”, so learning psychology might help us to better understand people as well as helping people to be in a better place. I’m mainly interested in the use of neuroimaging in human subjects in projecting their dreams. Hopefully I can contribute to the lab while learning from it! :-)) 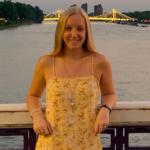 Olivia Couture is a Junior Psychology major here at Bard College. She is interested in neuroscience and is on the Pre-health track. Most of her courses include Psychology and Biology classes, with the hope of attending Physician Assistant school after Bard. Outside of the lab Olivia is a Supervisor in Training on the EMS squad, a member of the Bard Cares Team, and a member of the Women’s Basketball team. In her free time Olivia works as an EMT for the Tivoli Fire Department, and enjoys hanging out with friends and family. 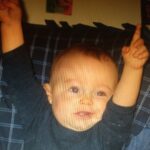 Mira Dush, (who is assuredly not a baby), is currently attending Bard college as a Freshman, with an interest in psychology. She proclaims to be well-versed in the work of Elizabeth Loftus, and has a research background as a designer and leader of an experiment adjacent to Ross, Greene, and House’s 1977 study on “The False Consensus Effect.” Mira hopes to learn more about the affect of mental health on physical health, and the affect of social factors on a person’s psychology.  In addition to exploring psychology, Mira hopes to learn more about political science, philosophy, and sociology. In the meantime, you could probably find her reading, cooking, or attempting to paint. 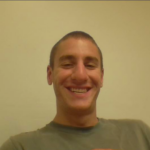 I am an undergraduate student at Bard college, majoring at psychological science. My main interests areneuroscience and social psychology, with a special interest in how these two relate to each other. Otherthan psychology, things I love the most include reading books and hiking. 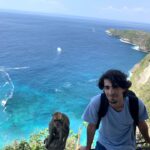 Luka is a second-year student at Bard. He intends to moderate in Psychology this year, while also planning to follow a pre-health track. He wants to go do medical school after graduation, aspiring to become psychiatrist. Luka has always been fascinated with sleep, and more specifically dreams: he records every dream he has and remembers, and he has been doing so since age 13! Continuing his study of memory and cognition, Luka wants to learn more about how dreams are formed and forgotten, and if there is a way to conjure them up voluntarily. In his free time, when he is not sleeping, Luka enjoys hiking and discovering rural upstate New York. 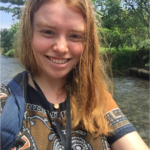 Veerle Maslowski is an exchange student from the Netherlands. She is majoring in CognitiveScience, Data Science and Mathematics and hopes to one day combine all those things in thefield or neuroscience or computational neuroscience. She is mainly interested in the memorydynamics in sleep and collecting data from brain scanning methods. 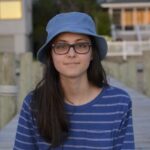 Lily is a first-year student at Bard College, hoping to major in either psychology or biology, with a focus on neuroscience. She is particularly interested in discovering how semantic memory is encoded, stored, and retrieved on a cellular/molecular level. She also enjoys creating visual art, being on her high school robotics team, and plants. Lily has 2 adorable kittens that she is always eager to share pictures of! 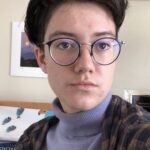 Hadley Parum is a senior and a joint major in Psychology and Music. They are interested in cognitive studies of sensory perception, knowledge, and context-dependent memory. In addition to their participation in the lab, they serve as the team captain for the Bard Debate Union, and as a tutor for writing, music theory, and psychology through the Bard Learning Commons. Finally, they support lab culture by loving coffee, cats, and productivity technology very dearly. 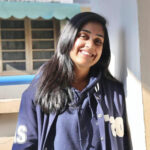 Hello and assalamu-alaikum (hello in Urdu, my native language)! I am a first year student from Lahore, Pakistan. My major is currently undecided but I’m passionate about biology, psychology, and neuroscience. I am on track for a pre-health profession. I also have a background in research and wrote a research paper about childhood psychological trauma on female criminals. I’m excited to expand my knowledge about the brain and memory and something in particular that I hope to gain out of the Memory Dynamics Lab is to find out how much of an impact past experiences have on adulthood and the role memory plays in this. When I have some free time, you can find me reading or drawing, on a walk/run, watching true crime documentaries, or listening to a podcast.